How buying Smuggled(Undervalued, Misdeclared) Imported Goods can land you into a MESS ?

Import is a very highly regulated trade in every country as it involves the outflow of precious foreign exchange for an economy. Specially for a developing economy like India, which is very conservative in its foreign exchange policy, imports have always been discouraged since independence.

Fabrics, Silk and Yarn have been classified as one of the top five products smuggled into India, along with products like Gold, Machinery & Parts, Electronic items and Cigarettes in a recent report by FICCI named “Invisible Enemy”. The average per annum smuggling in Fabrics, Silk and Yarn ranges from US$ 962 million to US $ 1416 million, equivalent to Rs. 5,390 crores to Rs. 8,038 crores.

You may review a copy of the report by FICCI using the following link : http://ficci.in/spdocument/20807/final-Smuggling-report.pdf

Infact under the Modi administration, with the focus on “Make In India”, various tariff and indirect non tariff measures are being taken to discourage imports into the country. One of the clear directions is to make  import norms more stringent for importers, and to put a curb on the mal-practices of Undervaluation, Misdeclarations, and other means to avoid import duties. Some of the recent changes in Customs have been :

Many a time to avoid the hassles and potential import related threats, businesses get their goods imported using other importers companies. But truly it is like sitting on somebody else’s boat which has a hole in it. To avoid coming under the scanner of the departments, generally importers use Farzi companies, in their staff/ relatives names. But with the linking of all Central Govt departments like Central Customs and Excise, GST, Income Tax, it has become easy for the tax man to find and catch the defaulters.

Smuggling is defined as “the clandestine import of goods from one jurisdiction to another.” According to the Customs Act, 1962 the term “smuggling” has vast connotations and means “any act or omission which will render such goods liable for confiscation under Sections 111 or 113 of the said Act.”. Largely the Textile industry adopts Technical smuggling, wherein smuggling could take place through legal channels of trade by various means to evade customs duties and other taxes applicable on such goods and products. Such goods are liable for confiscation under section 111 of the Customs Act 1962. Ways and means of technical smuggling can be classified into four categories based on seizure data of DRI:

• Misuse of End Use and Other Notifications

The Customs Act envisages two types of punishments for violators :

(a) Civil Liability: Penalty for violation of statutory provisions involving a penalty of money and confiscation of goods, which can be imposed by the departmental authorities. Chapters XIV of the Customs Act (Sections 111 to 127) deals with confiscation of goods and conveyances and imposition of penalties.

(b) Criminal Liability: Criminal punishment is of imprisonment and fine; which can be granted only in a criminal court after prosecution. Both penalty and punishment can be imposed for same offence. Chapter XVI (Sections 132 to 140A) deals with other offences under the Act

Even though we understand that at a Macro Level there are many negative impacts of Smuggling like Direct loss of Revenue for the Government, Renders the Local Industries uncompetitive along with various Social, Economic threats. Many business still prefer to ignore these aspects while doing their costing decisions. But at an individual level it would be scary for them to know that as per provisions of Section 120 of the Customs Act, 1962 the smuggled goods may be confiscated notwithstanding any change in their form, or their being in an inseparable mixture form with other goods. Also under Section 121 of the Customs Act, 1962, where any smuggled goods are sold by a person having knowledge or reason to believe that the goods are smuggled goods, the saleproceeds thereof shall be liable to confiscation.

So if a Brand/ Garment Manufacturer has used Smuggled Imported fabric, he may end up getting his entire goods confiscated, whether they are at a raw material or finished goods stage.

There are other aspects like facing DRI Summons for smuggled goods purchased from Importers, Defamation by Media, Under Invoicing by the importer to buyer, GST irregularities, Farzi Bills, Delay in Customs Clearances, Poor Commitments on delivery, which impact the garment brand/ manufacturer badly.

So it has become very important for the buyers to do their Due Diligence on the source of the fabrics/ raw materials, to avoid feeling in a Mess due to negligence in their sourcing decision.

We at Positex (a unit of Pashupati Overseas LLP) have been striving to get you the best in Fabrics & Fashion, since our inception in 2005. Specialising in the field of Fabrics for Sportswear, Jackets and Outdoor wear we have been working with most Garment Brands and their Garment Manufacturers in the Indian market.

With our commitment to deliver “Quality and Quantity, On-Time, Everytime”, we have been following the Import Norms as per Indian Customs in Practise and in Spirit as well. We have an average custom clearance time of 2-3 days, as we provide all Custom Declarations to the authorities.

Serving you with an experienced & committed team, we are prepared to cater to your requirements, through our main office at New Delhi, and associate offices at Bengaluru, Mumbai & Ludhiana. For sourcing and inspections we have a Liaison office in China as well. 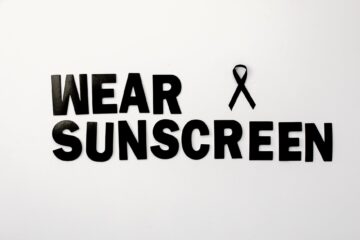 One of the great joys of being in the open is basking in the warm glow of the Sun. Whether it be for work or for sports, people tend to spend a considerable part of Read more… 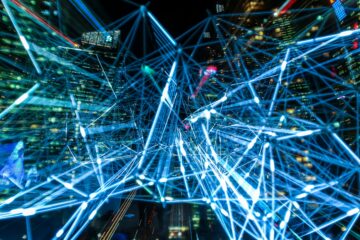 Have you ever had the discomfort of a clinging feeling or crackling noise from your clothes? Well, this is exactly what a static in clothes feels like.  How do fabrics develop static electricity?  The static Read more…

How Anti-Microbial finish in your clothing, prevent you from Odour & Skin Infections ?

Have you ever thought why your body and clothes smell bad at the end of the day? This is more relevant for humid and sweaty situations, which provide an ideal ground for certain Micro-organisms to Read more…